In the match of the regular championship of the VTB United League “Lokomotiv-Kuban” at its home lost to St. Petersburg “Zenit” with a score 80:83.
The principle nature of the meeting could be guessed at least because only 4 seconds after the starting whistle, the teams organized a disputed ball. The first quarter ended with a 3-points shot of “red-greens” – 25:19.

The beginning of the second quarter was marked by the struggle under the boards. Until the end of the quarter defense of “Lokomotive” did not allow “Zenit” to sweep in the attack and, as a consequence, for 10 minutes of playing time missed only 12 points. On the other half of the court, “Loko” marked 22 points and “+6” – 65:59 were before the last quarter.

However, already at the start of the fourth quater after a breakthrough of the guests 5-0 it was necessary to start everything again. Sasha Obradovic took a time-out, but after him Karasev scored five more unanswered points. The head coach of the “red-greens” immediately took the second minute break, but Karasev answered to the shot of Jennings. Krasnodar began to look for other ways out of the situation and found them in a targeted game under the ring.

“Zenit” tried to make an advantage with the help of Timma’s 3-points shots, but Matt Jenning reduced the difference to 3 points, and made a shot from an average distance. For 16 seconds before the end of regular time Evgeny Baburin broke the rules on Markovic, and the Serbian playmaker was twice exact from the line. In the return attack, Jenning could not save the match by a 3-points shot. 80:83 – the first victory of “Zenit” over “Loko” in the season. 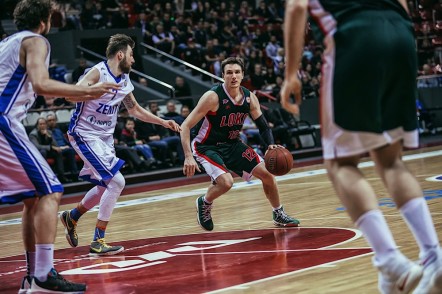