February 8 the players of Oleg Okulov took the first step to getting into the list of 8 strongest teams in the tournament, beating Turkish “Demir” with a score 1:81.

According to the regulations of FIBA Cup the team with the most points according to the rsults of 2 matches goes to the next stage. Thus, in Turkey, it was necessary for “Enisei” to at least not to lose more than 9 points.

In the third quarter of the response game Turkish basketball players were able to achieve the advantage close to necessary. As a result, for about twenty minutes, the teams kept a distance of 9-13 points. Siberians, who arrived in Turkey via Moscow from Estonia, were able to keep most of the time to the total draw.

Later teams were not able to decide the winner at the first overtime and the second additional segment of the game ended with a victorious three-pointer of Krasnoyarsk. After the final siren 104:96 in favor of the “Demir” was on the scoreboard but “Enisei” became the winner of the confrontation. 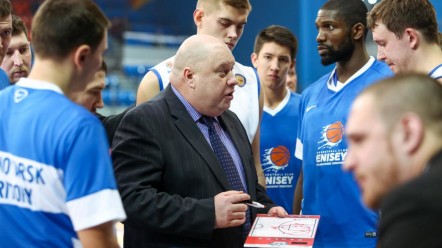