“Enisei” won over “Ostende” in the first match of the quarterfinals of the FIBA Europe Cup – 84:72.

The Siberians were able to break away in the score by 15 points in the first half of the game, the several times champion of Belgium took some time to recover. As a result, “Ostende”, largely due to the imposition of a power struggle under the ring, was able not only to equalize the numbers on the scoreboard, but also for a while to come forward.

In response, the team from Krasnoyarsk also showed character and in the fourth quarter Okulov’s players were able to achieve an advantage much needed for themselves before the guest game. The captain of the team Vasily Zavoruev made the most important five points in a row in the last 30 seconds of the match. He realized a three-points shot after the combination prepared by Oleg Okulov in time-out, and in the next attack for a moment before the final signal was able to put the ball to the basket after a miss of his partner. 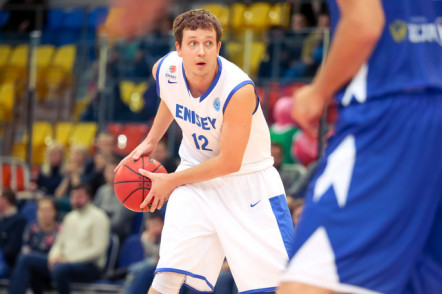