In the away match of the championships of the VTB United League “Enisey” beat Belarusian “Tsmoki-Minsk” – 86:78.

Minsk players excellently ran, aggressively defended and won the first quarter – 22:19. But the second quarter was already under the sign of “Enisey”. Players from Krasnoyarsk bet on 3-points shots. The beginning of the three-point extravaganza was hit by Denis Lukashov and Vladimir Pichkurov, after which their initiative was picked up by Suleiman Braimoh. To the big break in the asset of the Siberians there were already 11 accurate shots from behind the arc, and their leadership was double-digit – 34:45.

Zone defense and a series of successful actions of “dragons” in the attack radically changed the course of the game. By the middle of the final quarter, the backlog of “Tsmoki-Minsk” was reduced to a minimum – 66:67.

But at the decisive moment the class and experience of the Siberians affected. Vasily Zavoruev and Suleiman Braimoh were the leaders. Their accurate shots allowed to break away “Enisey” at a distance of 5-7 points. Minsk residents desperately tried to reduce the backlog, but the confident game of the leaders of the guests did not allow them to revive the intrigue. As a result, having won three quarters in a match of four, “Tsmoki-Minsk” was still defeated.

Suleiman Braimoh, who scored 20 points, was the most prominent figure among the winners. He attacked without a miss from behind the arc (4 of 4), worked excellent on the boards (8 rebounds), managed to play in defense and scored decisive shots at the end of the meeting. Vasily Zavoruev scored 16 points and made 6 assists. 13 points were scored by Vladimir Pichkurov. 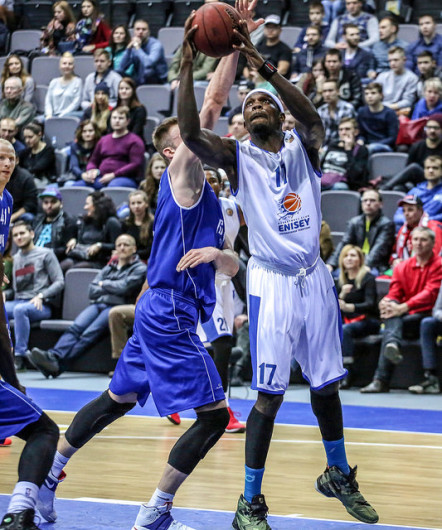