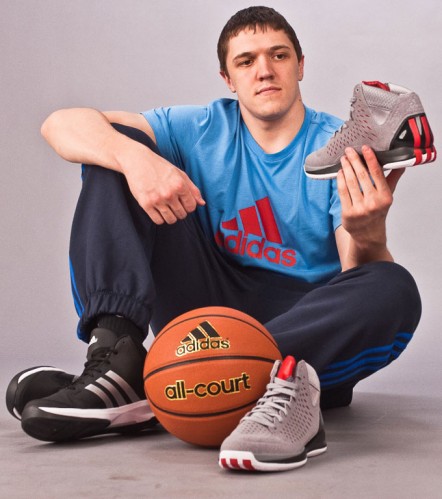 Bronze medalist of the European Championship 2011 and Olympic Games 2012 in London, captain of BC “Nizhniy Novgorod” and the face of Russian Adidas® Semen Antonov took part in the shooting of advertising video of company’s new product. Forward of Russian National Team tested innovation technologies of the Adidas® Energy Boost™ shoes, supporting the motto of this progressive model “thanks to new energy running will never be the same”. Off screen Semen confessed one more time that he likes the new product of sport giant.