Today in the training center “Novogorsk” men’s team of Russia began preparations for the European Championship-2017.

The team held today the first training. The first camp will last until August 3. From 4 to 6 August the team of Sergey Bazarevich will take part at the Kondrashin and Belov’s Cup in St. Petersburg.

During the first week, emphasis will be placed on physical training of players. The form of basketball players, however, according to the physical coach of the national team Georgy Artemyev does not cause criticism at the moment. 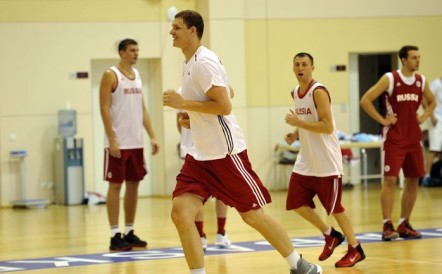