Women’s Russian teams continue to draw the Cup of the country.

In the match of 1/8 final “Shakhty” – “Dinamo” (Kursk) the victory was predictably made by the team from Kursk – 118:43. №13 in the winning team Elena Kirillova scored 15 points and made 6 assists.

In another game “Kazanochka” lost to another team from Kursk – “Inventa” with a score of 61:67. As part of the Kazan team Daria Levchenko scored 19 points and Victoria Solovieva made 10 rebounds.

“Nadegda” beat “Nika” from Syktyvkar – 91:48. To a large extent, the victory of the team from the Orenburg region was made by Ksenia Tikhonenko who issued a double-double – 15 points and 10 rebounds and made 5 assists. 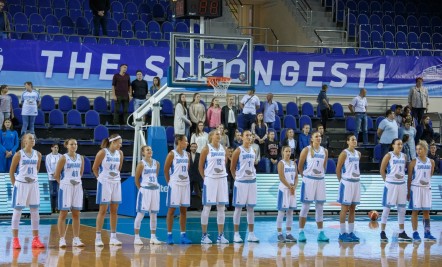