High speeds, outdoor basketball shootout made by Sergey Karasev (13 points) and Alexey Shved (20) – after the first half the score 58:53 in favor of “Zenith” was on the scoreboard. The attack scenario of the game continued later.

In the end Karasev passed the ball Aaron White, who showed admirable composure. 110:105 in 22 seconds before the end made the “Zenith” favorite: tactical fouls didn’t save “Khimki”. 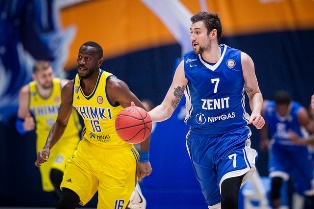