UNICS also at home without any problems defeated “Kalev” – 104:78. Contribution to the victory by 12 points was made by Vladislav Trushkin and 11 – by Evgeny Kolesnikov. 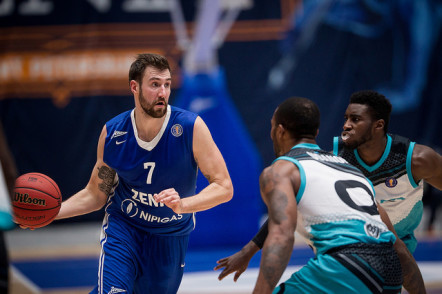