Khimki defeated Zenit at home in Game 4 of the playoff semifinals, 73-71.

In a rollercoaster game that featured seven lead changes and six ties, Khimki managed to escape with a two-point win, erasing an early 12-point deficit behind Alexey Shved’s 33 points.

The decisive 4th quarter gave the fans what they wanted: a no-holds barred showdown between Khimki’s Alexey Shved and Zenit’s Sergey Karasev.

Shved scored seven points in the first four minutes of the 4th to give his team a 60-56 lead. Karasev responded with six, sandwiching another Shved 3-pointer, to give Zenit the lead back, 64-63 with 3:31 remaining.
The duo kept trading baskets down the stretch, combining for 10 of the game’s next 12 points. With 0:22 remaining, Zenit trailed by a point, 70-69.

Forced to foul, the visitors sent E.J. Rowland to the line, who calmly converted both attempts. Kyle Landry pulled Zenit within one on a putback.

After Robbie Hummel went 1-2 at the other end to make it a 73-71 game, St. Petersburg had several chances to force overtime, but Landry’s contested layup fell of the rim and Aaron White’s putback came up short. 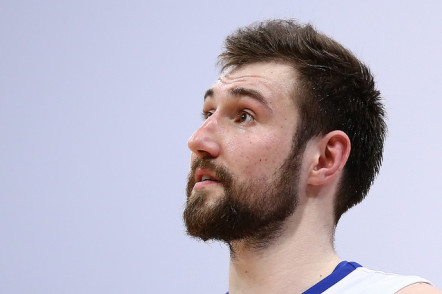