In both matches, one of the most successful was again Evgeniya Belyakova, who scored 11 points in each meeting.
One cannot ignore the accuracy of Elena Kirillova in the second match (9 points in 9 minutes), in the asset of whom there were shots of any dignity and not a single miss. In the first meeting, she also scored 9 points.

Now, in order to select 12 out of 15 players to participate in the Eurobasket, the last tournament remained for making the final decision by the coaching staff: at the end of next week in Greece the Russian national team will play with the hostesses, as well as the teams of Belarus and Ukraine. 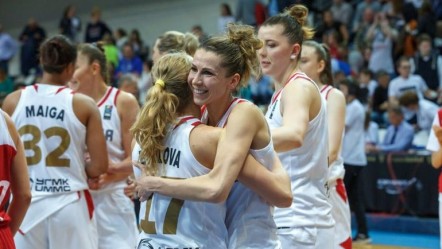