The Russian team took the 4th place at the European Championships, losing in the match for the “bronze” to the Spanish national team with a score 85:93.

The first half of the match remained for the Spaniards, who achieved the advantage of “+17”, but after a long break, the Russians began to reduce the gap. Two minutes before the final siren, the Russian team was only four points behind, but it did not have the strength to destroy the difference in the end.

Timofei Mozgov who made a double-double – 14 points and 10 rebounds became the most resultative player among the Russians.

The Slovenian national team defeated the Serbian team in the final – 93:85 and became the European champion for the first time in its history. 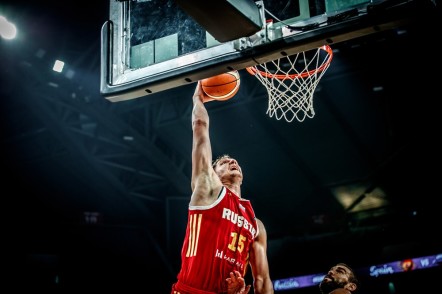