The Russian women’s team won the international tournament in the Italian city Latina. Today, the team had the third victory in three matches – over the host team with a score of 65:50.

The final meeting of the tournament promised to become the most difficult for the Russian team. First, the Italians also achieved victories in the first two rounds. And, secondly, the roster of Russian national team was far from optimal. But finally Russia won.

As in the Saturday’s match against Hungary, the most effective among the Russians was Belyakova (13 points). 9 points were scored by Elena Kirillova, 7 – by Ksenia Tikhonenko. 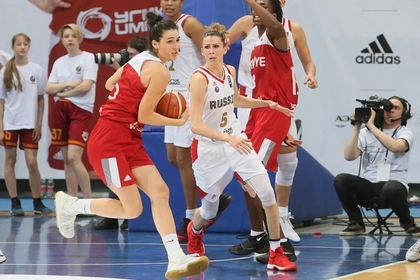