“Enisei” made a confident guest victory over “Nizhny Novgorod” in the match of the regular season of the VTB United League championships – 90:83.

For Krasnoyarsk this victory was the ninth in the championship, thanks to which the Siberians strengthened the position in the list of the eight teams of the playoff zone, rising to the seventh place.

“The game was not easy for both teams. “Nizhny” had more time to prepare, although we knew that they had problems with the roster. We had an emotional, heavy game with “Ostende” in the FIBA Cup a few days ago. We did not have time to fully recover, but we managed to prepare for the game with “Nizhny”. Due to discipline and character, we were able to bring our game plan to its logical conclusion,” said Oleg Okulov, the head coach of “Enisei”, after the match. 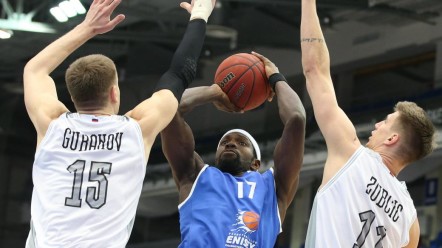