“Khimki” on the home court defeated the Krasnoyarsk “Enisey” – 109:81 and led in the quarterfinal series 2-0.

On the eve of the second game, “Enisey” was in a stalemate. The leader of the team Frank Elegar was injured. With the loss of the main center at the disposal of Oleg Okulov there were only three players with a height above 200 cm.

It seemed that in a such a situation “Khimki” would easily be dealt with by a bloodless rival. But the Siberians decided to show the character. Led by indefatigable Suleyman Braimoh (16 points and 10 rebounds in the first half), they won the first quarter – 22:24. But in the second 10-minute, the class and the depth of “Khimki’s” bench played its role. Decisive, as often happens, was the third quarter. Exchanged in the opening with effective attacks, the Moscow region basketball players began to gradually break away. 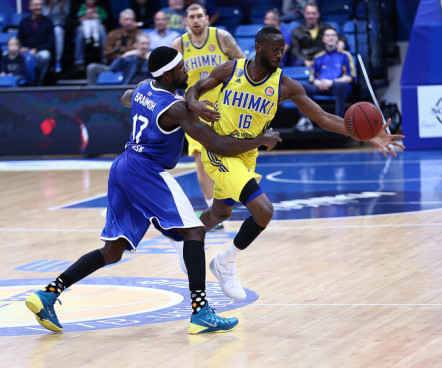