The Russian national team started with a victory at the 2019 World Cup in China. The players of Sergey Bazarevich beat the national team of Nigeria with a score of 82:77.

The Russians successfully started the game, seizing the initiative and leading in the first quarter with a difference of five points. In the second quater, the Nigerian team managed to equalize the situation on the court, but the gap in the first half of the meeting remained the same – five points.

In the third quarter, the Nigerians managed to make a breakthrough and completely level the gap – the teams reached the final ten-minute with a score of 58:58. However, already at the start of the fourth quarter, the Nigerians were able to make a breakthrough and not only come forward, but also come off. Three minutes before the end, the Russians again managed to recoup and even the score, and then go ahead by two points.

The last minutes of the game turned into a swing, at the last minute the Russians took a two-point margin, and in one of the last attacks, the Nigerians got a foul in the attack. Andrey Zubkov confidently implemented both free throws. In the last seconds, Josh Okogi received an unsportsmanlike foul, completely depriving the Nigeria team of chances to win. The final score is 82:77.
Sergey Karasev was noted in this match with 8 points, Semen Antonov – 7. 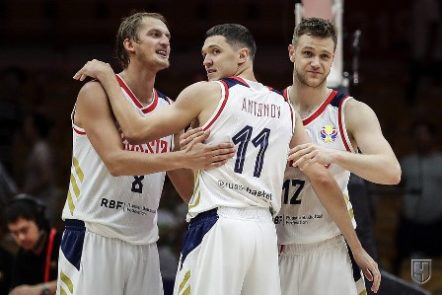