A great match was held by the current Euroleague champion. Kursk “Dynamo”, which owns the highest sniper achievement of the current draw (109 points), this time set another season record – scored the biggest victory with a margin of “+57”! In the meeting with “Galatasaray” overwhelming advantage to the hostess was mostly provided by the Russians. Elena Kirillova did not smear at all from the middle distance (5 out of 5) and scored 17 points overall.

Unfortunately, there was not enough strength for “Nadezhda” to end the guest match with “Avenida”. Yielding after the first half of 6 points (34:40), the club from Orenburg was able to win the third quarter with a score of 15:5. And 8 minutes before the final siren it led “+6” (53:47). However, at the remaining time “Nadezhda” lost in all respects – 5:20. Despite this, we note 12 points and 7 rebounds of Ksenia Tikhonenko. 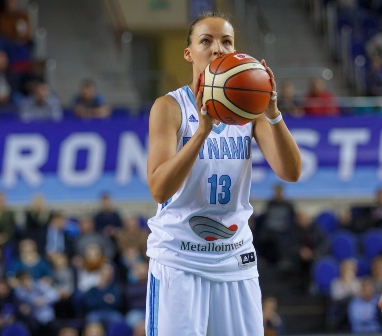