On Saturday in St. Petersburg the second “Match of the Stars” of the VTB United League was held.

The game was a success. Throughout all 40 minutes of the “Stars of Russia”, in the coaching staff of which were Vasiliy Karasev and Oleg Okulov, brilliantly attacked from afar (18 hits from 41 against 5 of 33 from rivals), and “Stars of the World” staged a super-show of shots from above. We remind that Franck Elegar and Anthony Hilliard played for this team. Russians as scored the first 7 points, and always had the lead in the score. In their roster the duet Sergey Karasev-Andrei Vorontsevich, soloed and their dispute eventually determined the MVP of the match.

The MVP title went to Karasev who played at home. As in the past year, he was the most productive in the Russian team: after playing 25 minutes, the forward of “Zenit” recorded 29 points on his account. 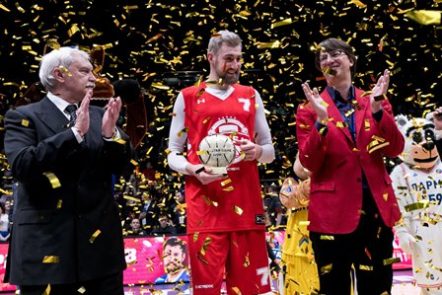